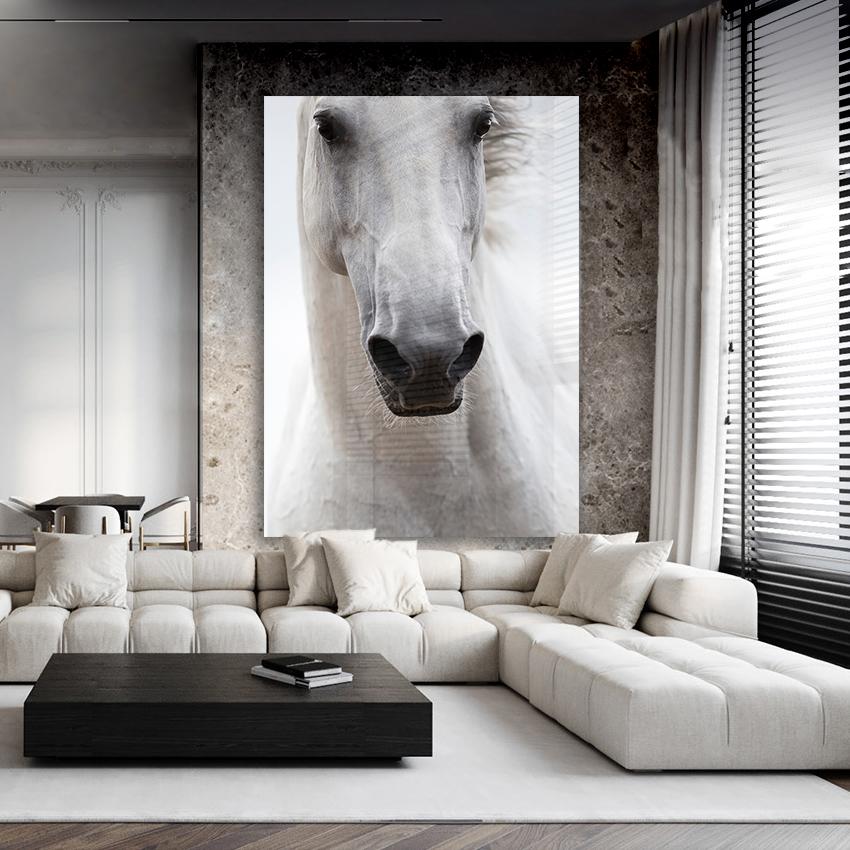 Final Lot Up For Bid in Record Charity Auction

The final lot in Newport Polo's annual charity auction of rare opportunities is up for bid, supporting 2021 beneficiary, the Jeffrey Osborne Foundation, as Newport Polo’s Bon Voyage Ball goes Platinum. Valued at $11,000, bidding on 'PARADISUM' is open at $3,500, in increments of $500, through September 30, by email to agnes@nptpolo.com.

“PARADISUM” by Raphael Macek is a limited edition, large format photograph (48" wide x 72" high, plus frame), printed on archival paper in a patented Diasec face-mounting process onto acrylic glass, signed and numbered, with certificate of authenticity. Because of the different light penetration and refraction of acrylic glass compared to normal glass, the colors are more brilliant and the image sharper than compared to standard glass in a picture frame. The result is a high gloss finish, resistant to ultraviolet light because of the properties of acrylic glass. The artwork is framed in a premium, hardwood shadow box molding in white matte finish. Shipping is not included in bid; shipping estimates available upon request. Macek’s celebrated works have been featured globally at over 30 art expos from Paris Photo to Art Basel in Miami and have been showcased in over 25 solo exhibitions around the world including Dubai, Berlin, Brussels, France, Spain, Brazil, London, Munich, Miami, New York and Los Angeles.

The 20th annual Newport International Polo Charity Ball was a smash hit, reaching platinum status, shattering the past record in fundraising. But the road was a long, uphill drive of inspiration. The Bon Voyage Ball overcame a postponement from 2020 and a second untimely setback when the original beneficiary pulled out in March, due to pandemic related challenges.

The idea for a new beneficiary came within days from a March 8, 2021 news column "This Day in RI History: March 9 - Jeffrey Osborne is Born". Gala organizers found that R&B legend Jeffrey Osborne's annual celebrity golf classic had been cancelled for a second consecutive year, due to the pandemic, leaving the beneficiaries of his Foundation without the significant annual private funding that had buoyed these vital Rhode Island organizations since 2012.

Osborne returned the phone call on the same day, from his L.A. home, embracing the opportunity to support his Foundation and its RI beneficiaries through the gala's fundraising, and personally assembled a committee of professionals to work with Newport Polo, oversaw each detail in zoom meetings, traveled to RI and personally attended each event on the August weekend to meet & greet supporters, and performed a cameo serenade at the gala.

"As you might imagine, Jeffrey's schedule was fairly well booked, but to our surprise he rearranged it to make sure that he could travel from L.A. to attend in person," explained Dan Keating, Newport Polo Founder & President. "A magnificent impromptu performance of 3 greatest hits, in his legendary baritone voice brought the house down, eclipsed only by his gracious personality in thanking guests and posing for photos".

As the August event date approached, another challenge - the Delta variant - began to crop up in Rhode Island, leaving organizers no choice but to require mandatory screening at the door for proof of vaccination or 24-hour negative Covid test from all persons entering Rosecliff, including catering and event staff, orchestra and over 400 generous and fun-loving attendees, that heralded the Bon Voyage Ball's victory by exceeding $80,000 in fundraising - more than doubling past results - for the Jeffrey Osborne Foundation's mission to support initiatives and organizations in Rhode Island that keep music and the arts in our public school systems and provide food, shelter, and a safe haven for families and children in need.

One of the only black-tie charity galas to stay the course this year, anticipation was at an all-time high, following a COVID-induced postponement of the original 2020 event date, as the sold-out guest list held on to their tickets for an extra year to join the celebration.

Jeffrey Osborne, participated in a CBS live broadcast from the polo grounds on the morning of the event, then glad-handed pre-party goers at Brenton Hotel to highlight the impact his organization has in Rhode Island to an enthusiastic guest list. Then greeted and posed with guests on the red carpet at the famed Rosecliff mansion's iconic marble foyer and mingled during the cocktail hour's Silent Auction.

Photographer Cocoa & Co captured the magical moments in progress, including tropical chic, vintage glam, and nautical couture on full display, as the creative black-tie theme opened a plethora of options for statement attire as the promenade moved from entrance to reception on the terrace to seated dinner in the gilded ballroom.

A cameo performance by Jeffrey Osborne brought the house to its feet with his hit singles On the Wings of Love, Back In Love Again, and You Should Be Mine. A tough act to follow, Sotheby's master auctioneer, Hugh Hildesley capably presided over the whirl-wind Live Auction of once-in-a-lifetime experiences, including a private dinner and concert for 12 with Jeffrey Osborne. With the night's objectives successfully achieved, the orchestra kept the dancefloor full 'til the stroke of midnight. A last dance awaited at the famous Clarke Cooke House Skybar.

Proceeds from the auction will support the Jeffrey Osborne Foundation, since 2012 serving to build positive relationships by supporting St. Mary's Home for Children & Family Services, The Boys & Girls Clubs of Providence and Button Hole; keep music and the arts in public schools, by supporting the Rhode Island Philharmonic Music School and its Community Partners including the Met School, and provide food, shelter and a safe-haven for families and children in need in the Ocean State, by supporting the Amos House, Rhode Island’s largest Soup Kitchen. The Foundation has raised over $1.5 million dollars to date, in its mission. For more information, visit www.jeffreyosbornefoundation.org.